On a night of frost and ice, Cari falls from the sky, cast out of her world and into ours – and Australia’s Cassidy Heights will never be the same. For the secrets Cari bears are more dangerous than Jake, Keira, and Mikhal could possibly imagine.

On a night of frost and ice, Cari falls from the sky, cast out of her world and into ours – and Australia’s Cassidy Heights will never be the same. For the secrets Cari bears are more dangerous than Jake, Keira, and Mikhal could possibly imagine.

Contains all three books of ‘The Bridges Trilogy’

Book 1: The City of Silver Light

It’s an unusually cold winter, but 15-year-old Jake is more concerned with the ice forming in his dad’s new relationship and the fact the girl he likes is dating his best friend. And now his elderly neighbour is acting even weirder than usual. Could life get any more confusing? Then Jake finds Cari, lost and alone. Who is she? What has she got to do with the sudden frost, and the silver city that has appeared in the sky? And what does his elderly neighbour, Mrs Henders, know about it all? But the secrets Cari bears are more dangerous than Jake can ever imagine. And the fate of our entire world – and that of the City of Silver Light – now rests in their hands.

Book 2: Across the Bridge of Ice

Keira Leichman spent the night of the wild snowstorm that struck Cassidy Heights injured and alone. But what really happened that night? Not even Keira can be sure. What she does know is that she’s been having strange dreams since the accident, and she’s stuck with a broken ankle and the possibility of never playing soccer again. That is, until she finds Jake’s telescope, and is drawn across the bridge of ice to Shar. Now Keira is marooned in the City of Silver Light with Daniel, Jake’s younger brother, with no way to get home. But that is the least of their worries, for the secrets they discover in Shar are more dangerous than Kiera could ever have imagined.

Book 3: The Wall Between the Worlds

Cassidy Heights is still recovering from the freak snowstorm that wreaked so much havoc two months before, but Mikhal has his own problems. All he wants to do is play his guitar but he’s failing every subject at school, and he’s just punched his best friend. And now his friends, Jake and Keira, are hiding something from him.
When Sharna Devon is assigned to tutor him, he can’t think of anything worse – until his mother decides he needs to help out with her charity work. But soon he and Sharna are dragged into the mystery Jake and Keira are working so hard to hide. Cari is still trapped between the worlds, and Cassidy Heights is in terrible danger. It’s not going to be easy, but they have to stop the boundaries between the worlds collapsing before it’s too late, and perhaps Mikhal’s music may offer the solution. 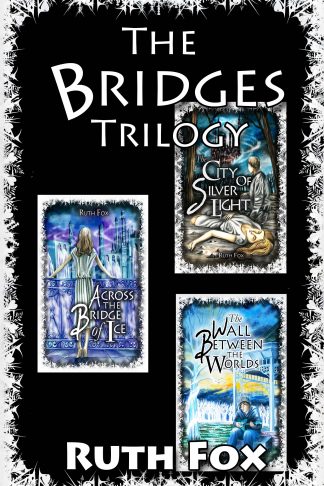